Richard completed the sixth of the seven school contacts planned during his tour on the ISS. This is already the most every completed by a space flight participant. He continues to downlink SSTV imagery and make general contacts as his time permits. One of the downlinked images received by 7Z1AQ shows Richard inside the Service Module of the ISS. 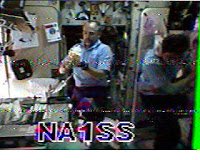 A really clear image taken over the Middle East was received by HZ1AM. 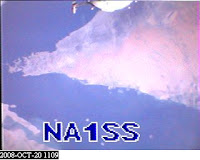 Richard is scheduled to return to Earth on Oct 24 with the Soyuz undocking scheduled for 0012 GMT.
at 18:12