Some initial imagery has been received during the 1430 UTC pass over Europe. Be ready as imagery should continue to be transmitted during the crew awake periods (roughly 0600-2030 UTC). In addition, Voice contacts are possible during the same time period. Below is an example of the many images received (these by radio operator 9H1FF). 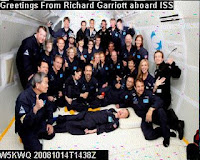 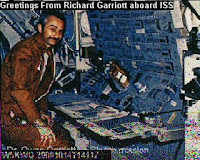